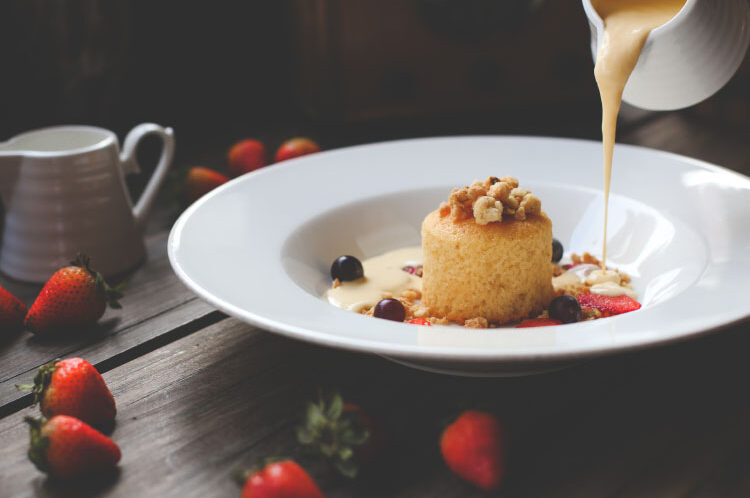 Breakfast is the first meal of a day, most often eaten in the early morning before undertaking the day’s work. Some believe it to be the most important meal of the day. Among English speakers, “breakfast” can be used to refer to this meal or to refer to a meal composed of traditional breakfast foods (such as eggs, porridge and sausage) served at any time of day. The word literally refers to breaking the fasting period of the prior night.

Breakfast foods vary widely from place to place, but often include a carbohydrate such as grains or cereals, fruit, vegetables, a protein food such as eggs, meat or fish, and a beverage such as tea, coffee, milk, or fruit juice. Coffee, milk, tea, juice, breakfast cereals, pancakes, waffles, sausages, French toast, bacon, sweetened breads, fresh fruits, vegetables, eggs, baked beans, muffins, crumpets and toast with butter, margarine, jam or marmalade are common examples of Western breakfast foods, though a large range of preparations and ingredients are associated with breakfast globally.
Due to its near two centuries history as a British colony and proximity to China’s Canton region, both English and traditional Cantonese style breakfasts are of somewhat equal popularity in Hong Kong, as well as the hybrid form of breakfast commonly offered in Cha chaan teng. Cha Chaan Teng breakfasts often include Hong Kong style milk tea, pan fried egg, bread, Cantonese noodles or Hong Kong style macaroni in soup.

Traditional Cantonese breakfast may include dim sum, which include a variety of different ingredients and are prepared in numerous different forms from delicately wrapped baby shrimp steamed dumplings to sweet water chestnut cake. Each dish is designed to be sampled and diners can go through a large selection of dim sum quickly accompanied by a generous amount of good tea. Iron Buddha tea is the most common accompaniment, but other teas such as pu’er and oolong are also common. Fried and rice-based noodles and cakes are also popular. In modern times, dim sum is commonly prepared and served in Yum Cha restaurants rather than home because of the skill and efforts involved in the preparation.
Breakfast in modern Japanese households comes in two major variations: Japanese style and Western style. Japanese-style breakfasts are eaten widely in Japan, but often only on weekends and non-working days. Younger Japanese couples may prefer Western-style breakfasts because they are generally less time consuming to prepare.

The standard Japanese breakfast consists of steamed white rice, a bowl of miso soup, and Japanese styled pickles (like takuan or umeboshi). A raw egg and nori are often served; the raw egg is beaten in a small bowl and poured on the hot rice to make golden colored tamago kake gohan, whilst the nori (sheets of dried seaweed) is used to wrap rice. Grilled fish and Japanese green tea are often served as well.

Western-style breakfasts in Japanese households are similar to those in the United States. Japanese children often eat corn flakes and drink milk, hot chocolate or fruit juice. Japanese adults (especially younger ones) tend to have toast with butter or jam, eggs, and slices of vegetables. They often drink coffee or orange juice.